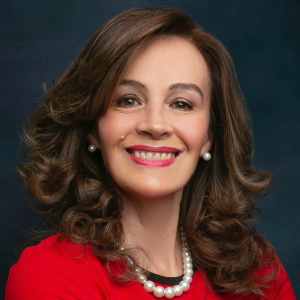 EMPATHY: The ability that we need to rescue!!- Part I

Empathy is  the capacity  that is defined as the experience of understanding another person’s condition from their perspective. It is a critical driver of overall performance that in accordance with research from DDI (Development Dimensions International) boosts productivity improves cultural competence and leadership, elevates customer satisfaction and is ultimately a competitive advantage.

In the current business environment dominated by technology, social media and artificial Intelligence, companies must recognize the importance of being receptive to the needs of the stakeholders, while maintaining a focus on its people.

Empathy is a critical leadership skill—one that helps you influence others in your organization, anticipate stakeholders’ concerns, respond to social media followers, run better change management process and of course to reach high results and performance.

Many profitability companies mainly from the technological sector have understood this reality, the index of Empathy showed it.

Empathetic leadership is the ability of leaders to understand, relate to and be sensitive to employees, colleagues, customers and communities. However, it is not a simple path, on the contrary this path is challenging as it forces one to change many paradigms but also as stated in  Jeremy Rifkin’s book, the empathic civilization: The race to global consciousness in a world in crisis: “We are beginning to learn that an empathic moment requires both intimate engagement and a measure of detachment. If our feelings completely spill over into another’s feelings or their feelings overwhelm our psyche, we lose a sense of self and the ability to imagine the other as if they were us.

This capability is a difficult balancing act. One has to be open to experiencing another’s plight as if it were one’s own but not be engulfed by it, at the expense of drowning out the self’s ability to be a unique and separate being. Empathy requires a porous boundary between I and you that allows the identity of two beings to mingle in a shared mental space.”

Simon Sinek, an expert in inspirational leadership, adds: “These little considerations for others have a building effect. The daily practice of putting the well-being of others first has a compounding and reciprocal effect in relationships.”

At the same time, Microsoft CEO, Satya Nadella, said in an interview published in the German Focus Magazine on January 27th, 2018 that empathy is a crucial part of the Microsoft agenda and of course part of their success. Empathy is key even if it is associated with cheesy imagery.

This approach and understanding is being implemented by several notable companies.  A few years ago, there was an index created which measures empathy in companies, that has continued to this date with an annual report. The Empathy Index seeks to answer the question: Which companies are successfully creating empathetic cultures? These are the companies that retain the best people, create environments where diverse teams thrive, and ultimately reap the greatest financial rewards. According to Belinda Parmar, CEO of The Empathy Business, “Enlightened individuals understand that empathy correlates with performance.” In her words, more empathetic companies make more money.

6 out of the 10 most empathetic companies in the global Empathy index 2016 belong to the technology, but why? In Parmar’s words “The tech industry is a lot younger and forward thinking than most industries. Silicon Valley is the global empathy hub, these high-performers are fresh, open and innovative brands”.

Moreover, the top 10 companies in the Global Empathy Index 2015 increased in value more than twice as much as the bottom 10 and generated 50% more earnings (defined by market capitalization). Without a doubt, these figures convey a powerful message that should be reinforced so that empathy is actively promoted in our circles of influence.

I know there are a lot of skeptical managers that challenge this result, but we should not overlook the fact that some of the most prominent business executives with profitable revenues in their companies deeply believe in empathy. As an example, Henry Ford one said “If there is any one secret of success, it lies in the ability to get the other person’s point of view and see things from that person’s angle as well as from your own.”

I hope this article raises awareness of the potential benefits of having empathy at the center of organizational culture to enhance relationships inside and outside the companies (customer- centric culture). It is important to realize the correlation between high empathy and high economics results, productivity and positive environments.  At the end, how you react and connect with others impacts your ability to make a difference.

There are many tools to develop and help to display empathy yet I would like to refer you to one that is very useful called the Empathy Map. It can help gain a deeper insight into their stakeholders. This is a powerful tool when you are working in designing new products, processes or simply working with a person, team or organization. In my next post I will elaborate further on this.

If you found this post interesting and useful for anyone else I invite you to share with your social media network.

How can we help you?

The success factors of the 7 companies that I have presented in the framework of Evaristo Piedrahita’s initiative #hablemosbiendelasempresas #hablemosbiendelosempresarios are summarized in this article.

Additionally, we have posted the links to the videos that we created of these 7 companies in our social media. These businesses come from sectors such as: technology, gastronomy, agriculture, livestock, manufacturing, health and consulting.

We are living great changes in the world of work. Today more than ever the coaching culture, characterized by collaboration, interdependence, high performance, agility, transparency, communication have become requirements for success.
In this post you will find how coaching impacts not only the climate but also the organizational culture and 7 benefits of having a coaching culture in your company.

Objectives and Key Results (OKR) is a powerful thinking framework and collaborative management methodology for setting objectives in companies, teams and individuals.
The goal is to ensure that everyone is moving in the same direction, with clear priorities, at a constant pace, channeling efforts, assuring coordination and connecting different areas.
OKR provides common purpose and unity across the organization.
It creates accountability with autonomy, improves productivity as well as innovation in a more agile and complex work context. 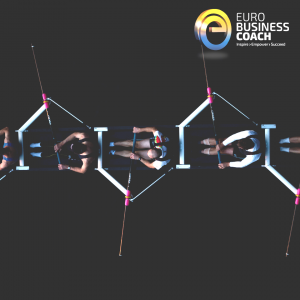 Agility, flexibility, adaptation, and prompt response constitute as competitive advantages, in this new reality, not only for organizations but also for teams. Today effective teamwork matters more than ever.

Empowered teams, especially those that have achieved a high level of self-organization might be more likely to obtain high results.

At Euro Business Coach we believe that there are 7 key areas teams should focus on, in order to deliver valuable results to clients regardless of their sector or company.

WHAT IS THE MOST VALUABLE USE OF YOUR TIME TODAY?

Managing time during the COVID-19 pandemic has become a major challenge given the overload of tasks, distractions, technology, work, personal and family responsibilities. Time is an atypical, inelastic, indispensable, irreplaceable resource, but it is totally up to us to manage it. The ability to manage activities and our priorities affects all aspects of our daily lives. In the article you will find interesting techniques to manage your activities and use your time efficiently to achieve your goals with less effort, be more productive, happy and successful. Share it if you think it is useful for other people.

7 BENEFITS OF ESTABLISHING A BUSINESS PURPOSE

More than ever companies have demonstrated the power of operating with a clear and driving sense of purpose.
What is the company´s purpose? It is the reason why the organization exists. It gives people a sense of meaning, unites efforts and inspires action.

This website uses cookies to improve your experience. We'll assume you're ok with this, but you can opt-out if you wish. Regardless, we do not sell your personal information. Read More

Do you really wish to opt-out?